A once in a lifetime journey down the Nile from Luxor to Aswan departing from Sharm el Sheikh. In this trip you will see the amazing sights of Luxor, Esna, Edfu, Kom Ombo and Aswan including many ancient cities, temples and much much more.

The day starts early by meeting our repersentative at the reception of your hotel in Sharm el Sheikh. From there you you will be transfered to Sharm airport to catch your flight directly to Luxor where your tour guide will be waiting for you on landing.

Explore the Valley of the Kings

Your tour guide will then whisk you from Luxor airport to the spectacular Valley of the Kings where the majority of the Pharaohs of XVIIIto the XX dynasty were buried and the Valley of the Queens, is the necropolis of the royal wives, of the girls, sometimes of wire of the kings of XIX and XX dynasties.

Then continue towards the two imposing Colossiof Memnon, last remains of the gigantic funerary temple of Amenhotep III, which when constructed was the largest temple in the Theban area, larger than the complex at Karnak, and covered an area of 350,000 square metres.

Finally before lunch visit of the Temple of Hatshepsut, the funerary temple of Hatshepsut, dedicated to the Amongod, but also to the gods Anubis and Hathor. This temple thï¿½bain is single and is distinguished from the other temples because it is partly dug in the rock of the mountain thï¿½baine to which it leans, and rises on three terraces connected by approach ramps.

Transfer from Temple of Hatchepsout to cruise liner in your private car. Have a delicious lunch after settling your selves in your cabin.

Leave the boat after a lunch to visit the Temple ofKarnak, dedicated to the main thing of the worship to the glory of the Amongod, but like many other Egyptian temples, other gods and goddesses werevenerated there. It is the oldest known religious site in the world. Andthe Temple of Luxor, It was devoted to the dynastic god Amon under his twoaspects of celestial Amon-Rï¿½ and ithyphallic divinity. The currently visible oldest parts go up in Amenhotep III and Ramsï¿½s II.

After an exciting day seeing the sights of Luxor, have a delicious dinner before settling down for the night in your cabin whilst you continue your journey down the Nile to Esna.

Day 2 - Luxor to Esna and Edfu

Start the morning with some breakfast as you travel towards Edfu, sailing past the amazing sights of the Nile.

Temple and Lock of Esna

After the Passage of the Lock of Esna, a once-in-a lifetime experience in its self, you will be guided around an amazing temple and the city of Esna its self. Then enjoy some time to yourself before continuing your journey towards Edfu.

Edfu is an Egyptian city, located on the west bank of the Nile River between Esna and Aswan, with a population of approximately sixty thousand people. Edfu is the site of the Ptolemaic Temple of Horus and an ancient settlement.

Dinner and night on board.

The town is known for the major Ptolemaic temple, built between 237 BCE and 57 BCE, into the reign of Cleopatra VII. Of all the temple remains in Egypt, the Temple of Horus at Edfu is the most completely preserved. Built from sandstone blocks, the huge Ptolemaic temple was constructed over the site of a smaller New Kingdom temple, oriented east to west, facing towards the river. The later structure faces north to south and leaves the ruined remains of the older temple pylon to be seen on the east side of the first court.

Navigation towards Kom Ombo. Ombos was a garrison town under every dynasty of Egypt, Pharaonic, Macedonian, and Roman, and was celebrated for the magnificence of its temples and its hereditary feud with the people of. Visit Temple of Kom Ombo, whosecharacteristic is to be dedicated to two divinities: Sobek (with head ofcrocodile) and Horus (with head of falcon).

Sleep whilst traveling to Aswan

Enjoy a delicious dinner and sleep whilst you float down the Nile to Aswan. 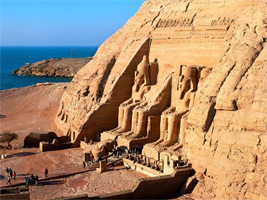 Aswan is the ancient city of Swenet, which in antiquity was the frontier town of Ancient Egypt to the south. Swenet is supposed to have derived its name from an Egyptian goddess with the same name. This goddess later was identified as Eileithyia by the Greeks and Lucina by the Romans during their occupation of Ancient Egypt because of the similar association of their goddesses with childbirth, and of which the import is "the opener". The ancient name of the city also is said to be derived from the Egyptian symbol for trade.

Aswan is one of the driest inhabited places in the world; as of early 2001, the last rain there was seven years earlier. In Nubian settlements, they generally do not bother to roof all of the rooms in their houses

Visit Temple of Philae, dedicated to the worship of the Isis goddess, then the granite career with the Unfinished Obelisk and finally the High Nasser Stopping giving rise to the Lake Nasser.

Sleep after Oriental show and Dinner

To dinner on board followed on one oriental show (evening costumewith Eastern spectacle: dancer and traditional music). Dinner and night on board.

Breakfast on board and some time to relax before check-out at 12.00. Transfer in your private car to Luxor ( 3 Hours ) airport to catch your flight back to Sharm El Sheikh.

Arrival in Sharm El sheikh airport and meet our driver waiting to transfer you back to your hotel.

Nile Cruise Luxor to Aswan From Sharm ( Stopped Now ) Reviews 5.0 out of 5 based on 1 customer reviews

What an amazing 5 days!!! Booked this trip with SharmExcursions having used them last year for a few small excursions, this time wanted to see some more of Egypt and what a good decision that was.

Saw loads of fantastic sights, and have tonnes of great memories of temples, Valley of the Kings, views from sailing down the Nile and loads more.

can I stay in aswan? instead of going with you to Sharm el Shikh? would this lower the price of the cruise?

This will be okay to stay in Aswan and will be about 65 GBP. less per person ! 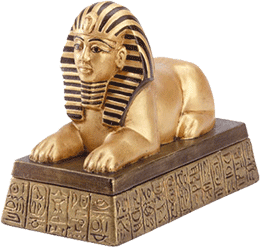 Please can you tell me what is included in this package, i.e... meals, drinks, you have in the itinerary the flight from Sharm to Luxor but do we need to book our own flight from UK to Sharm?

This trip includes also the flights from Sharm to Luxor and also from Luxor to Sharm.